The secret rules of engagement

In ‘The secret rules of engagement’, I break new grounds with an installation. My point of departure is the apparent visual aspects in traffic regulation being touched by unintentional human interaction. I disconnect the bold signs of demarcation and authoritative configuration of traffic regulation (to guide, regulate and control) from its context and tuck it into a serene and musingly atmosphere of self-government. Per contra, the matrimonial and mystical reference in the work stipulates that, far and away, we are all committed to alliance and seek for secureness and belief.

By using the multidimensional character of space, the rhythm of order and ranking and the articulateness of rituals and symbolism, I intend to give the work the appearance of the enigmatic constitution of objects in the teeth of its imperative genesis. The upheavals in the work from the practical root to its dreamy derivative, thereafter anchored into the ritual sculptural corpus, threatens to rob all meaning in the work, at once nurturing the notion of cognitive dissonance. The installation takes on the magical effect of spatial contraction and concepts such as itinerary, intersection, centre and monument that defines public space and fetches it in a ravelled and sedative shrine.

*In the full version the setup varies upon the setting of display.  Core of the installation is an altar-formation that is configured by mutiple stacks of tiles similar to the installation view you can see above. In front of the altar there will be two eye-shaped car lights on traffic poles. The 'car eyes' blink on the speed of a regular eye blink. If people come close to the installation, that blink changes into a flirt-blink. (see below, work in progress) 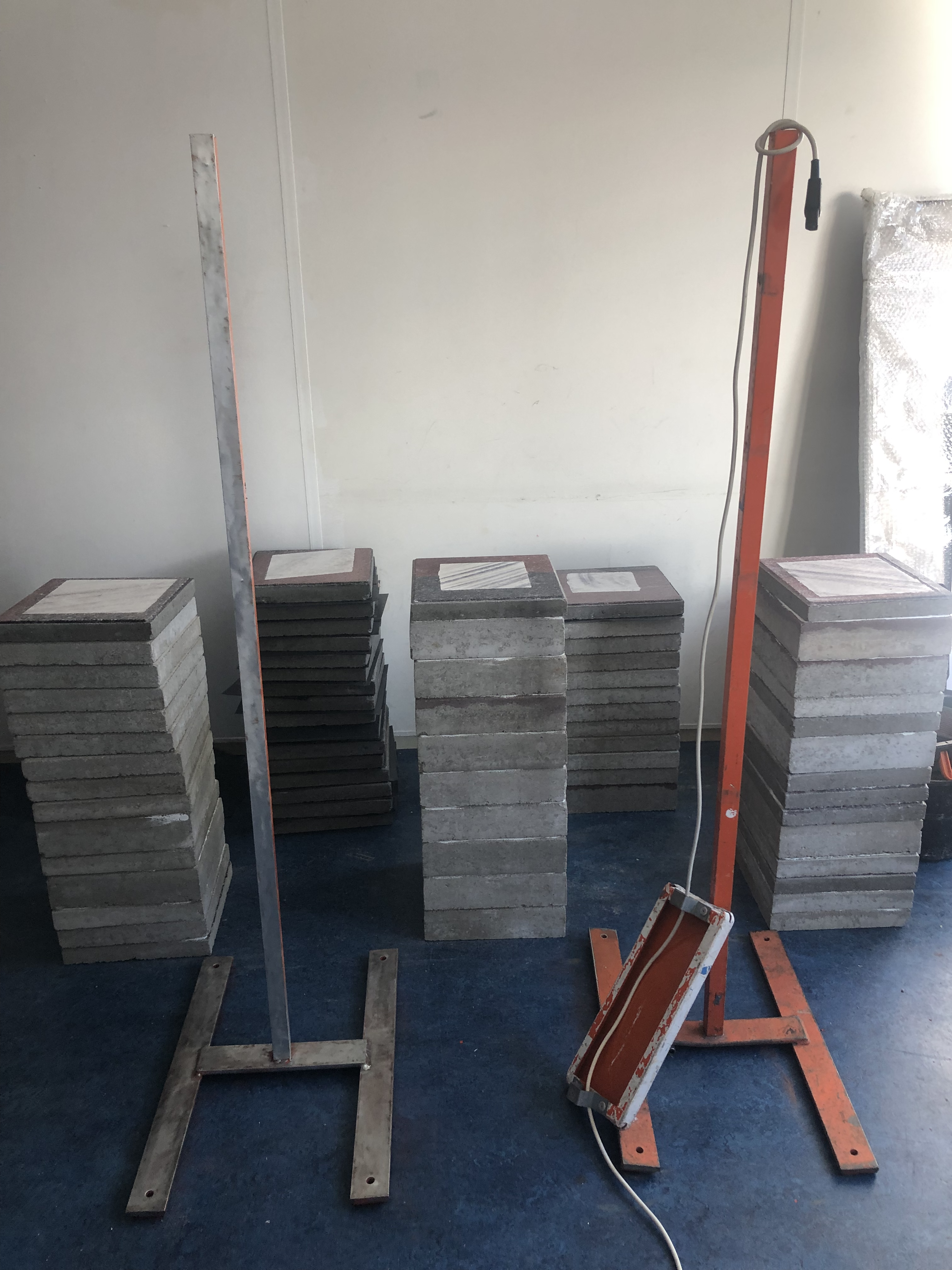 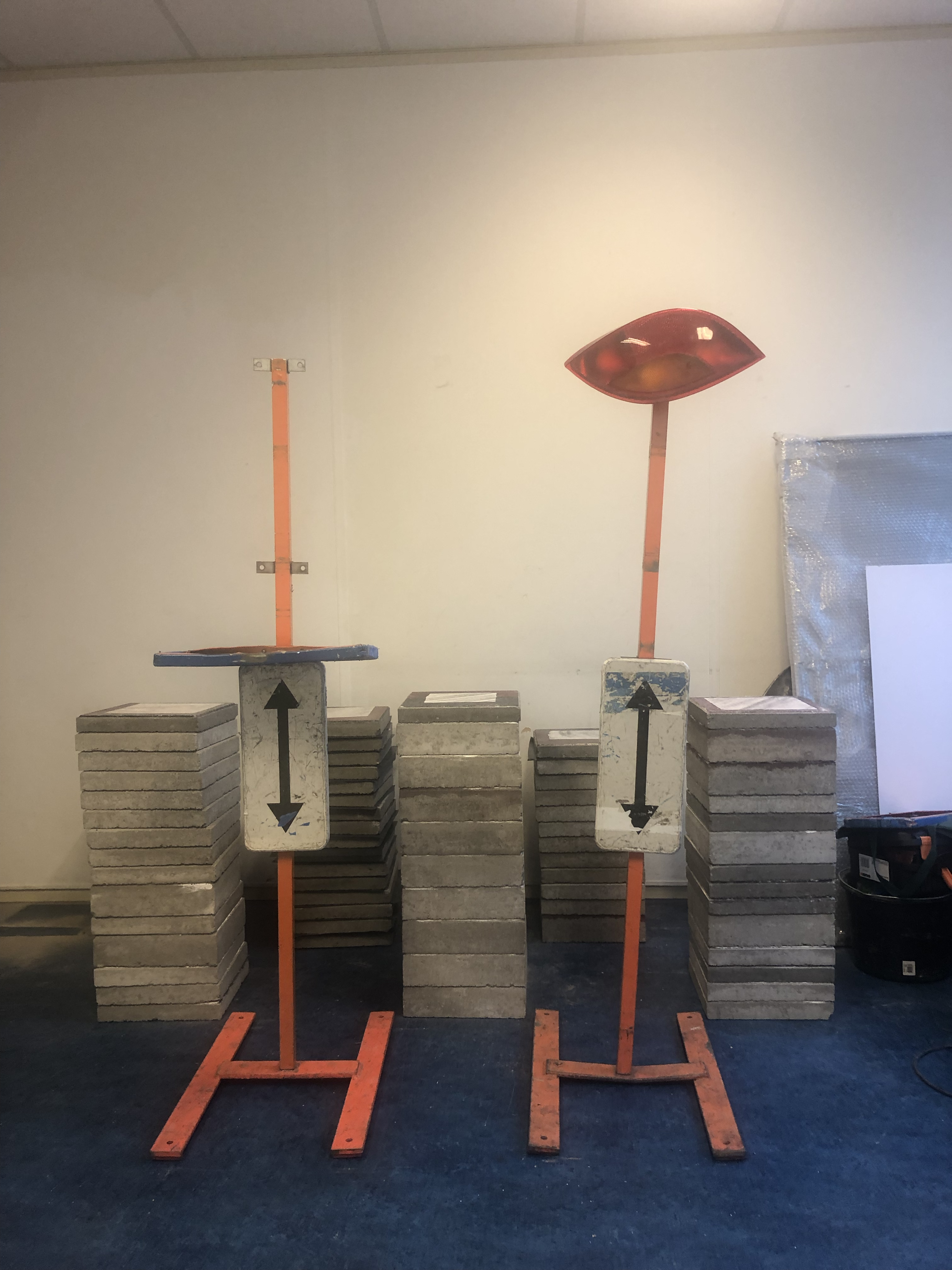 Dancing with the big boys

Beside being an artist, I also work as a digital designer. It brings me to offices with its specific rules, practise and procedures. Usually a patriarchal society where uniformity is leading. Once a colleague advised me to 'dance with the system', another fellow worker recommended to 'play the rules'. Not sure I am capering well in the office apparatus, but its decor always fills me with amazement and gave birth to this triptych. 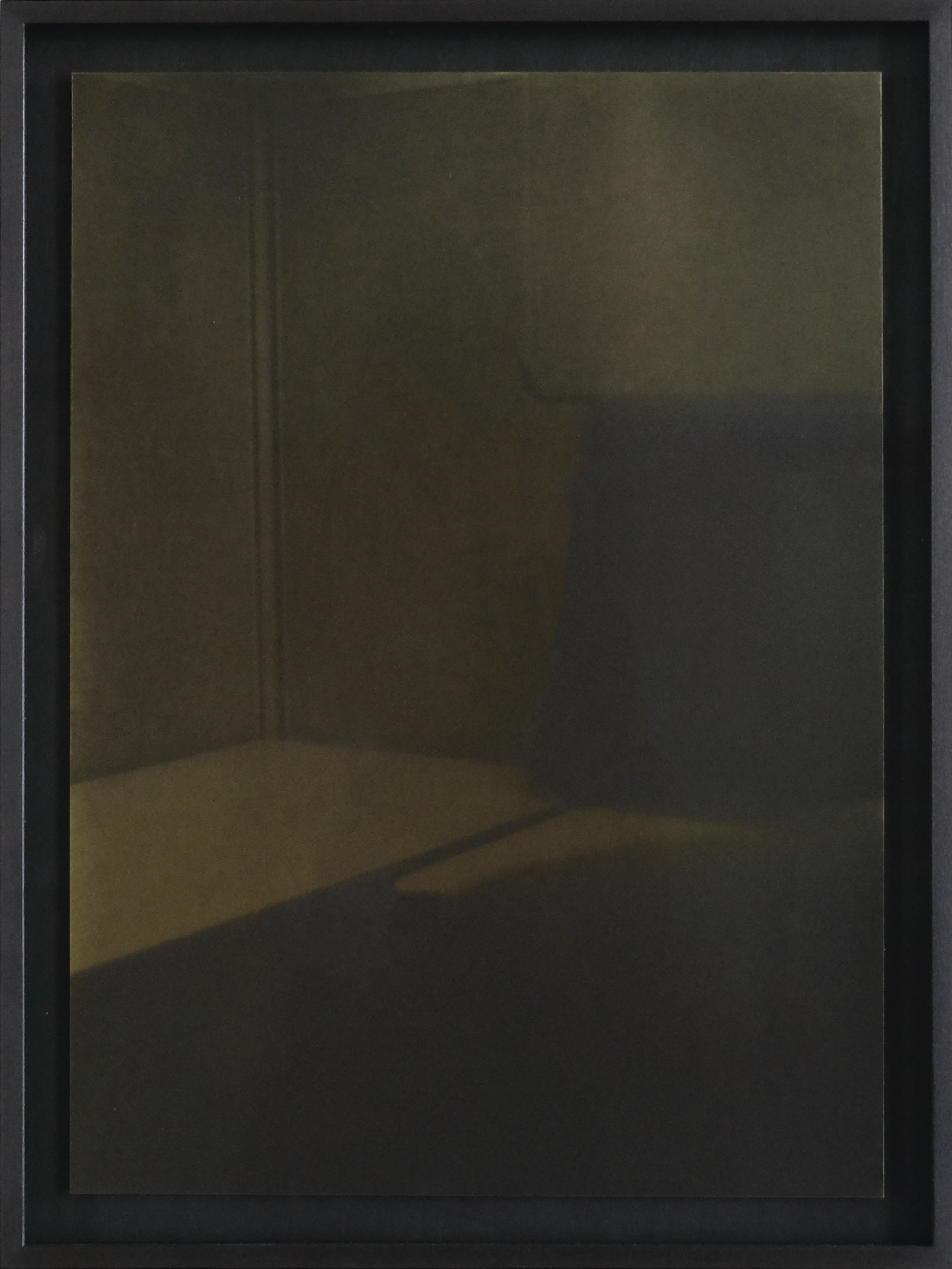 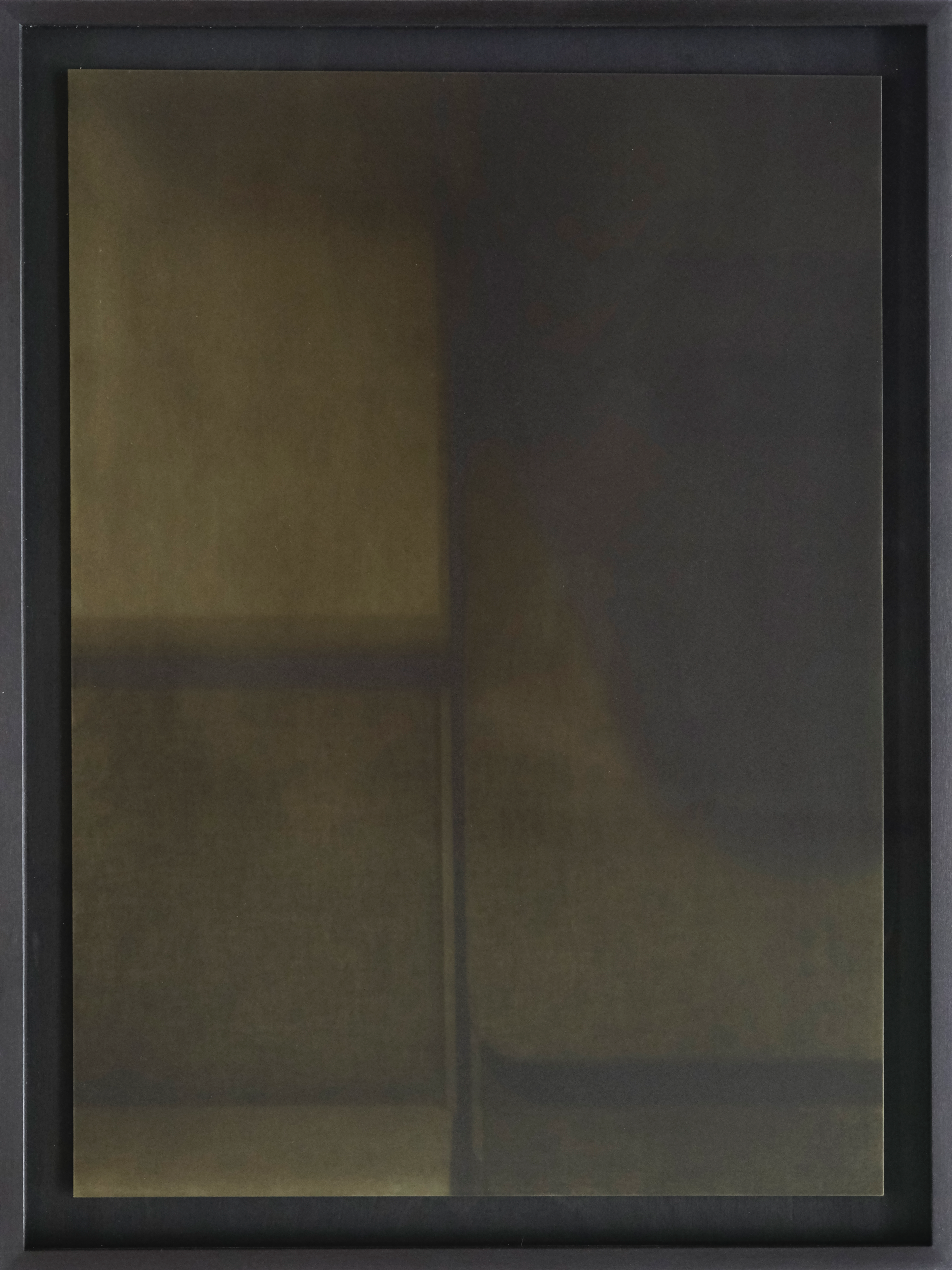 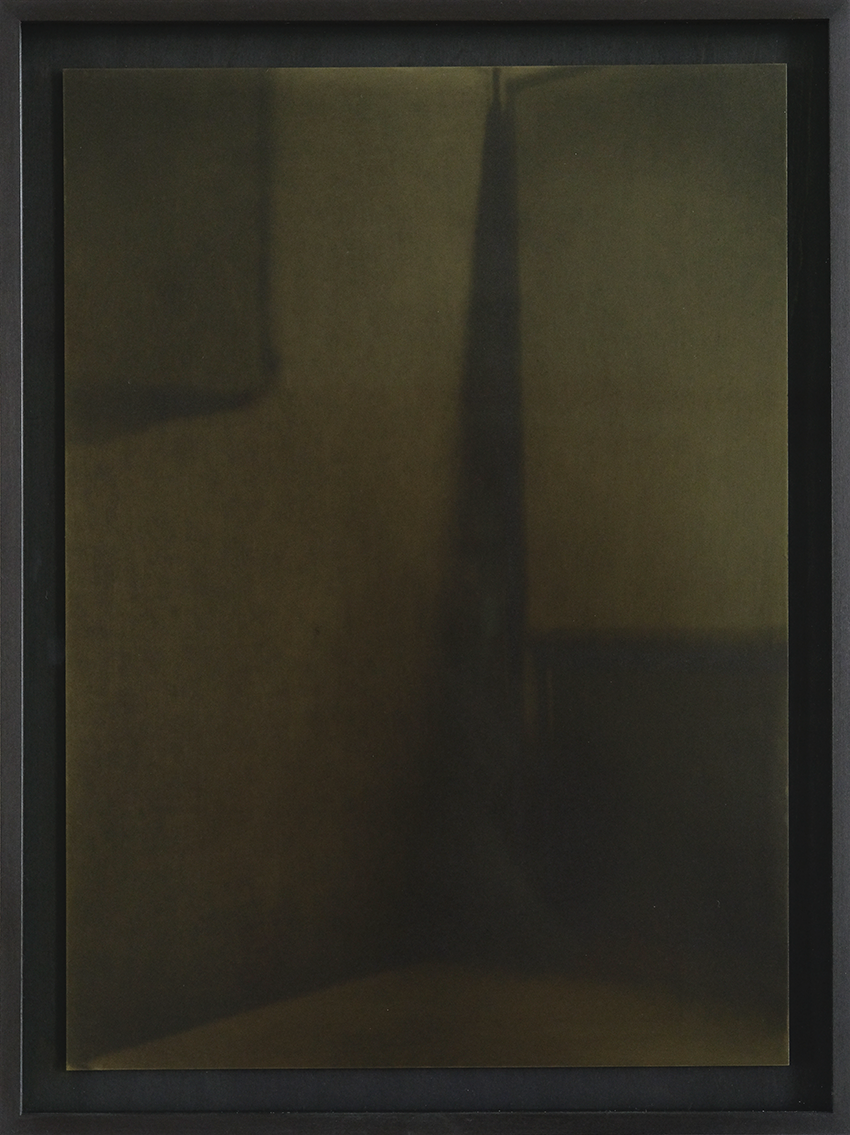 I got to go

Every scenery has its rhythms and rhymes. Also the art scene where its people are divers, while the galleries usually have a clean, minimalistic and serene decor giving room to art at its utmost. My tendency to withdraw from the scene and my aptness for patterns and regularities makes me pay attention to other things then the art and its people in galleries. 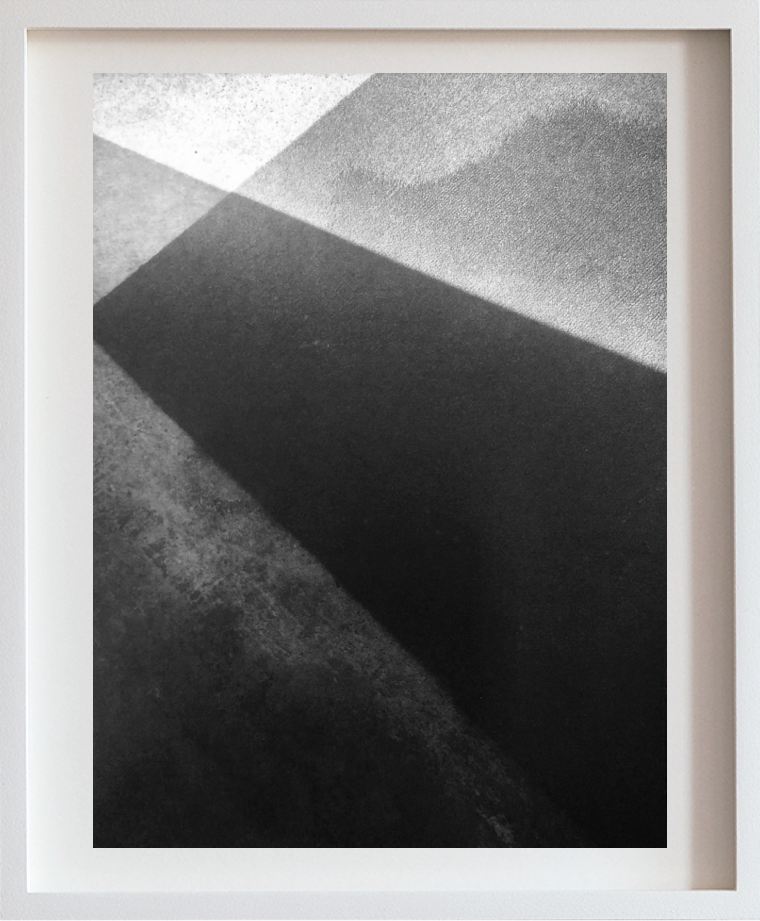 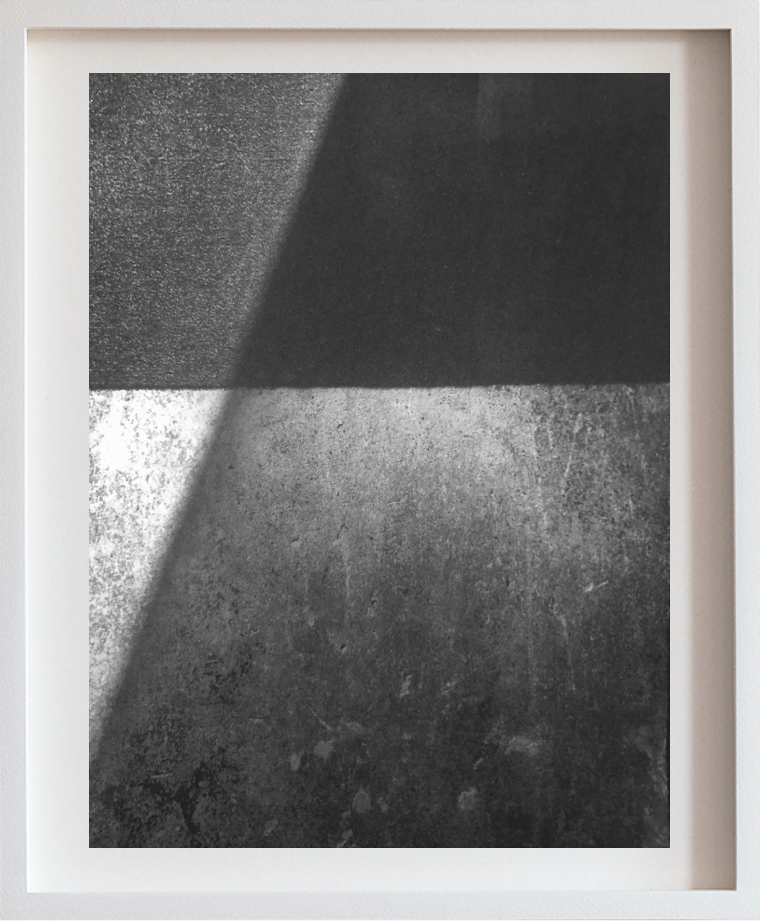 Here and there a woman passed by,

here and there a man,

In the serie “Here and there...’, I dive into the dynasty of fiction, the theory of imaginary things created by our mind to entertain ourselves. I used to struggle with the holding capacity of photography. A photo is an image of something real. Therefore photos can easily be seen as facts, as theories that can be proved in real life. It’s hard to beat that matter. Nevertheless, I am convinced that fiction plays a -major- role in almost every picture. Reality is in the eye of the beholder. What we see can be customised as per our own choice. In this serie, I mess around with these concepts of fact and fiction.The title ‘Here and there a woman passed, here and there a man, rarely a couple" is a textual reference to the photos. However, the images are highly suggestive and have an air of suspicion provoked by basic photographic elements such as form, focus and light. By adding (spray) paint or pencil to the photos, I aim to build up a fictional tale that triggers the imagination of the viewer. 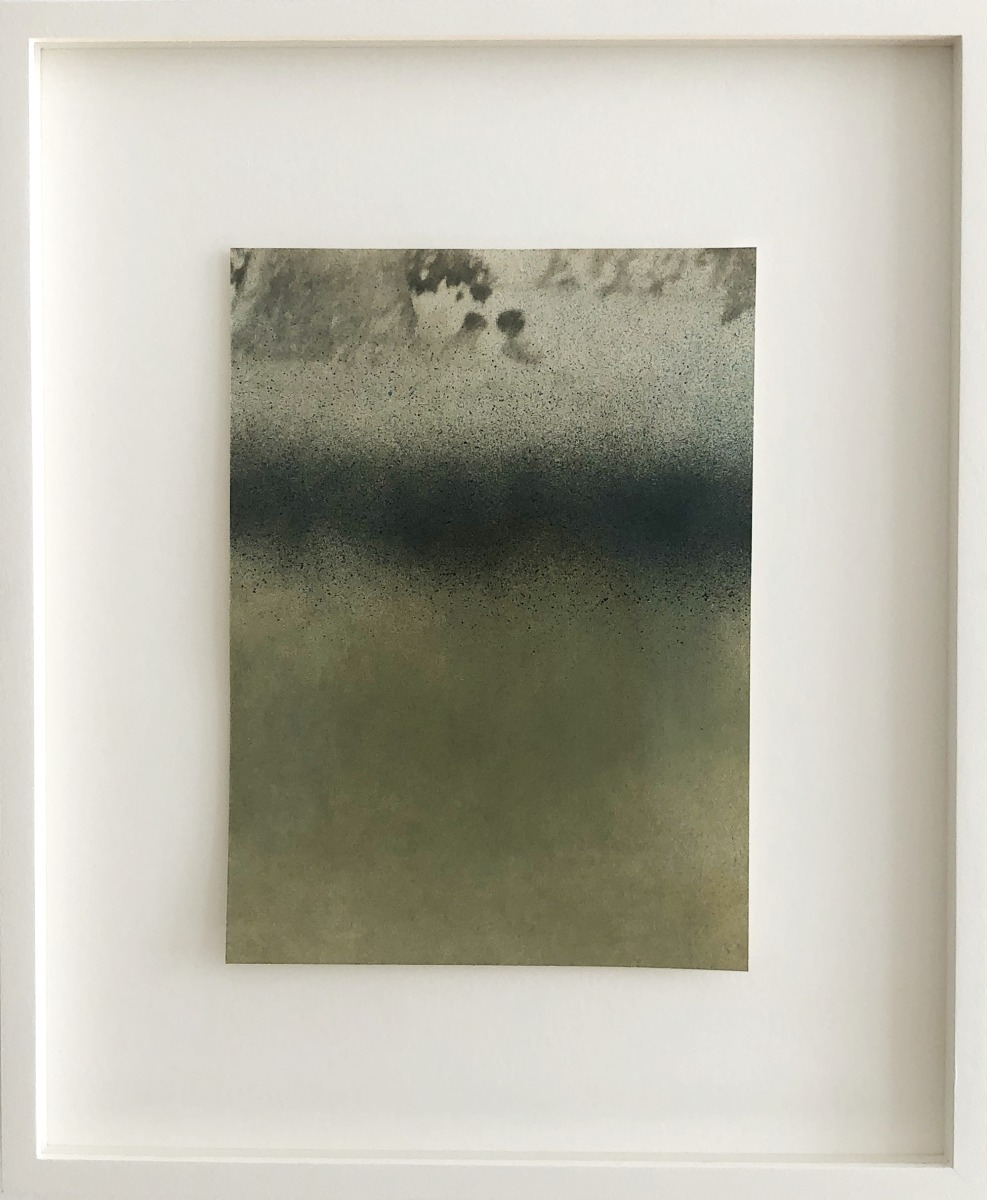 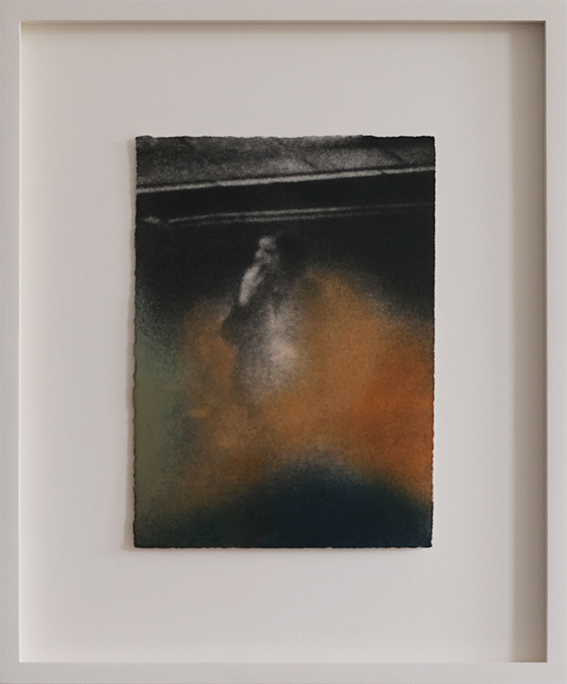 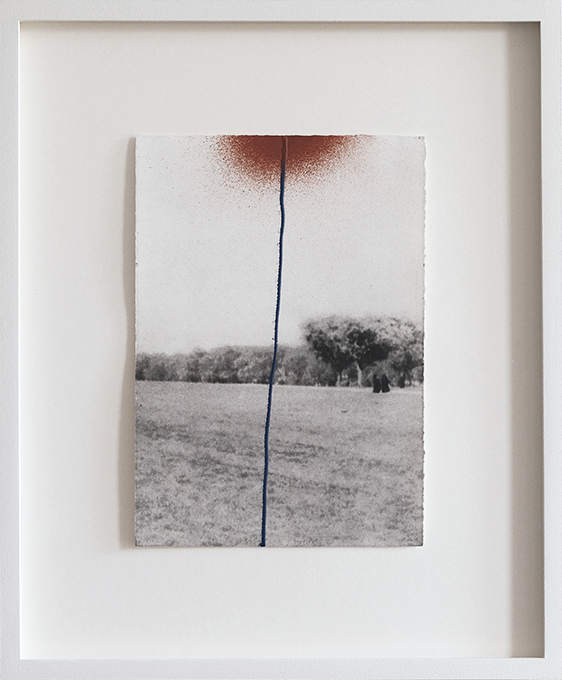 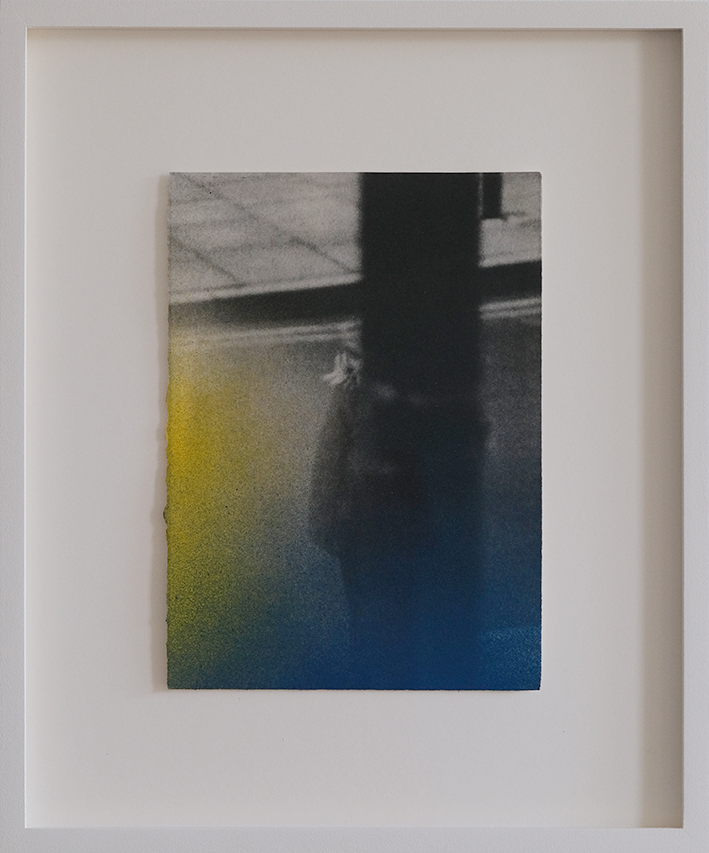 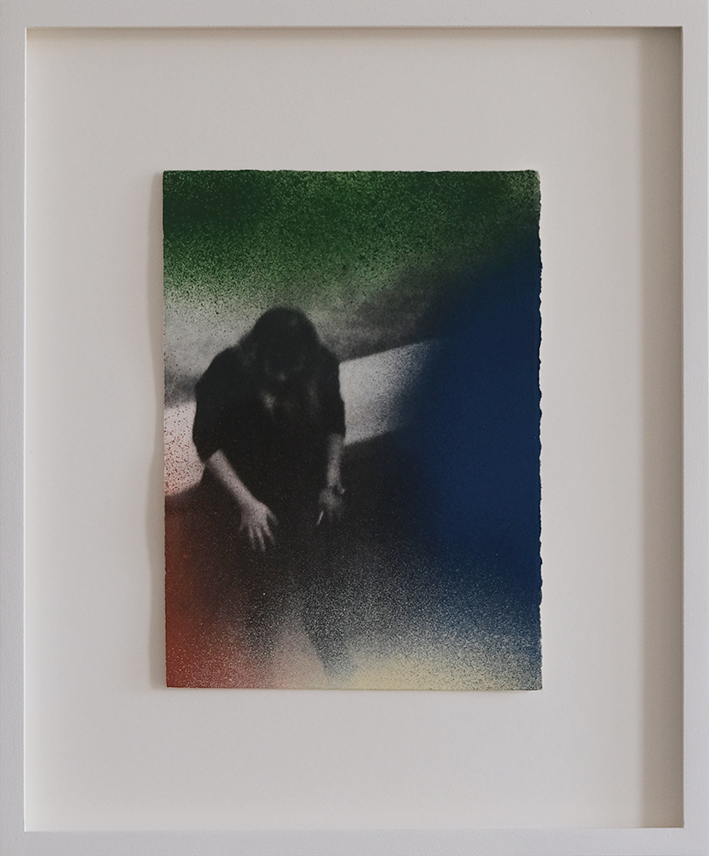 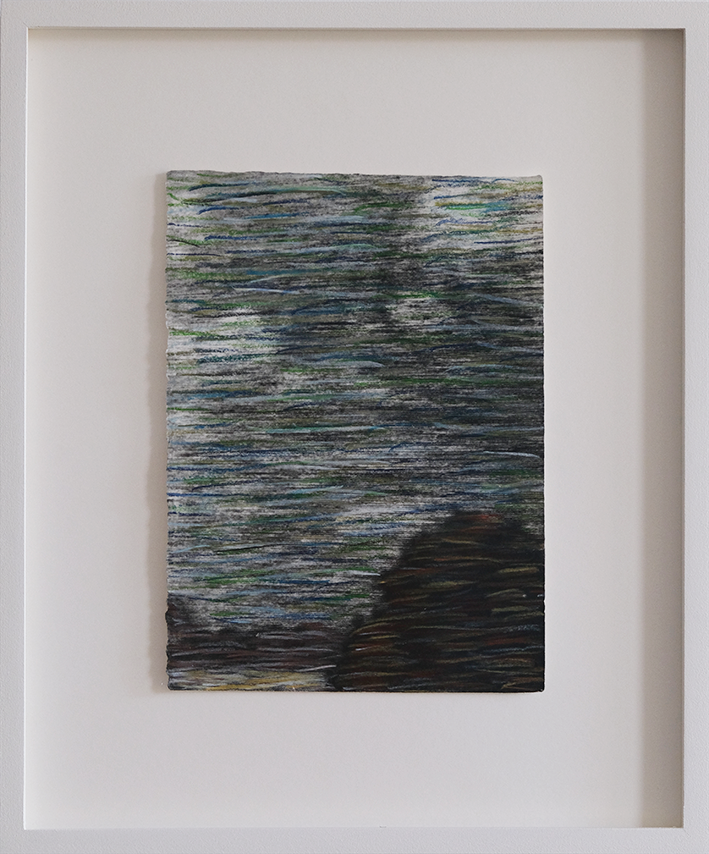 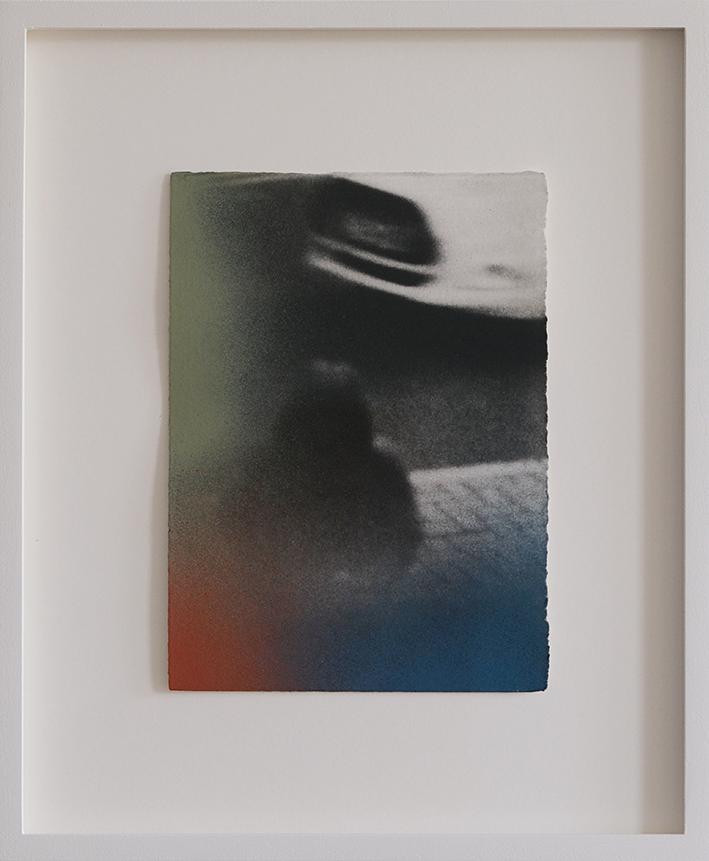 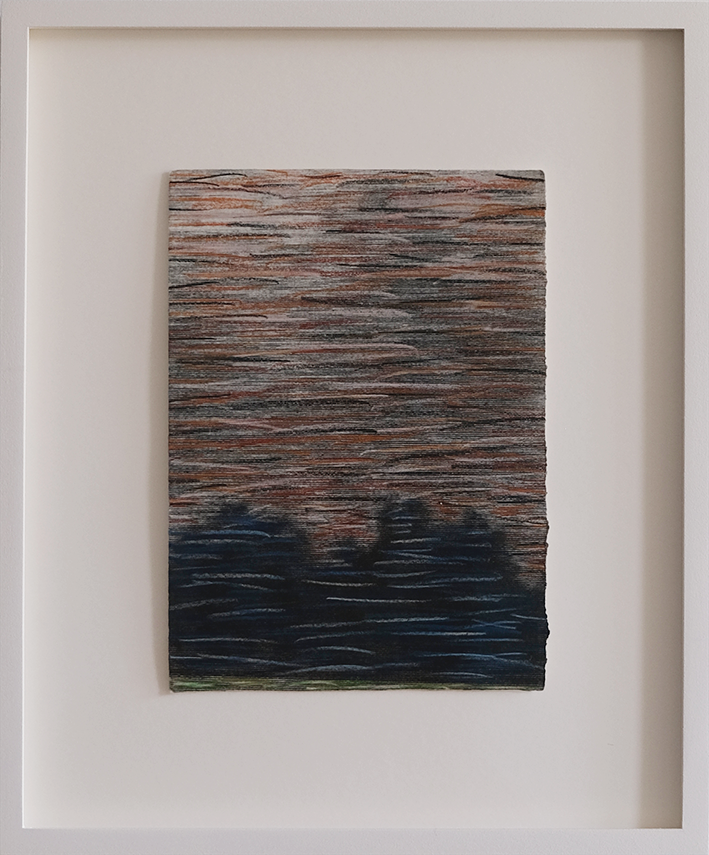 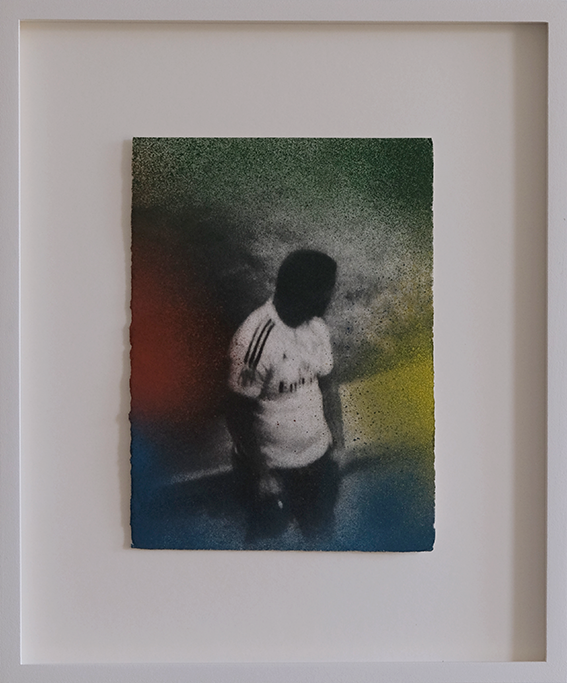 Today, society embraces sharing like never before. Fueled by our dependence on mobile devices and social media, we have created an ecosystem of obsessive connection. We are always linked. Being a loner, not something that I am always comfortable with. I switch off, go cycling or put picture on the joys of silence, solitude and serenity. 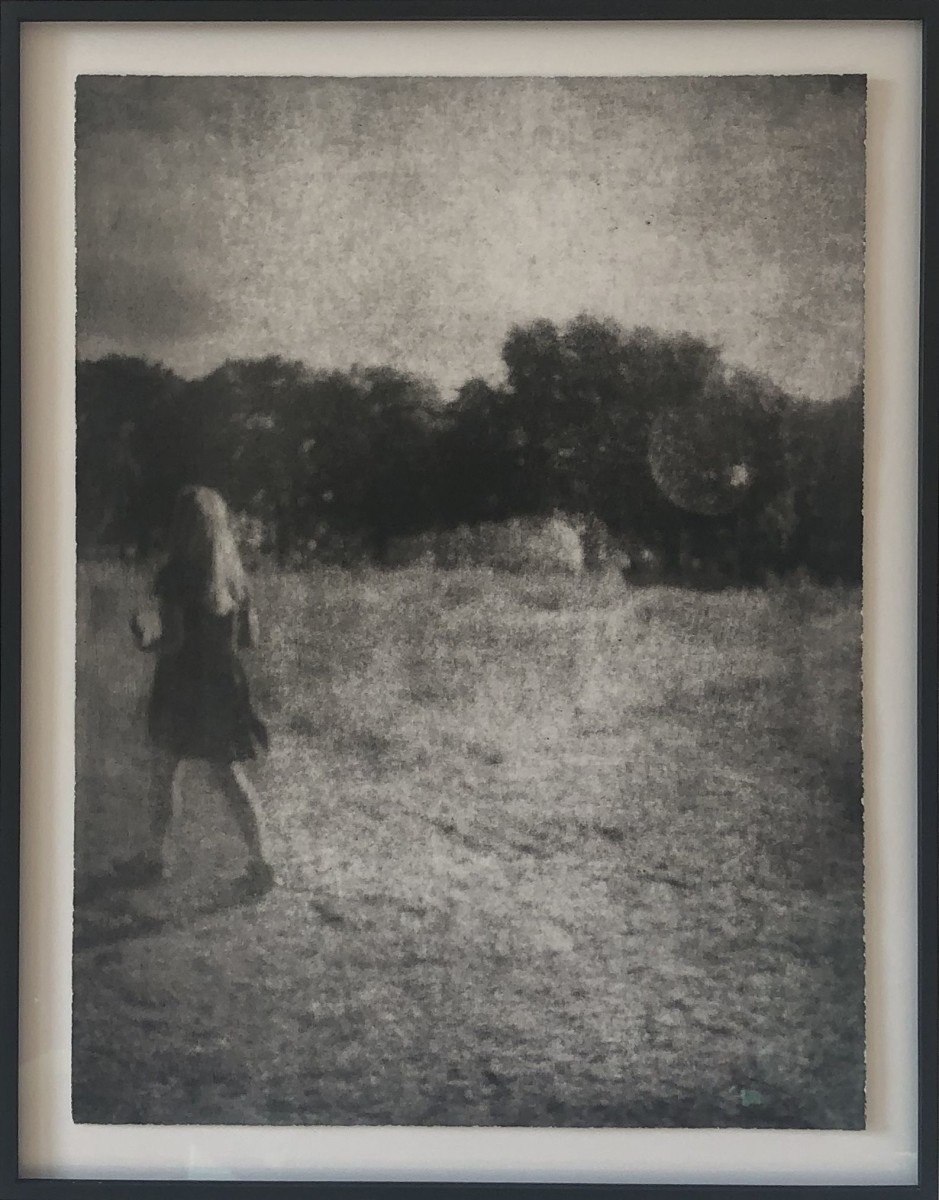 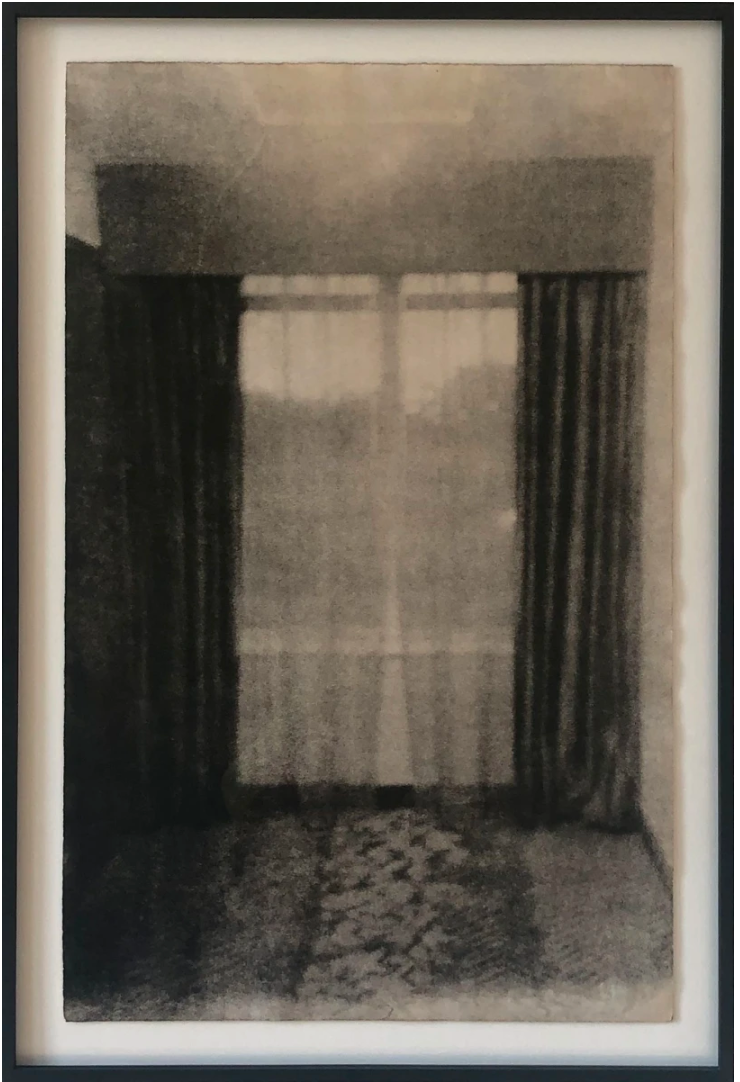 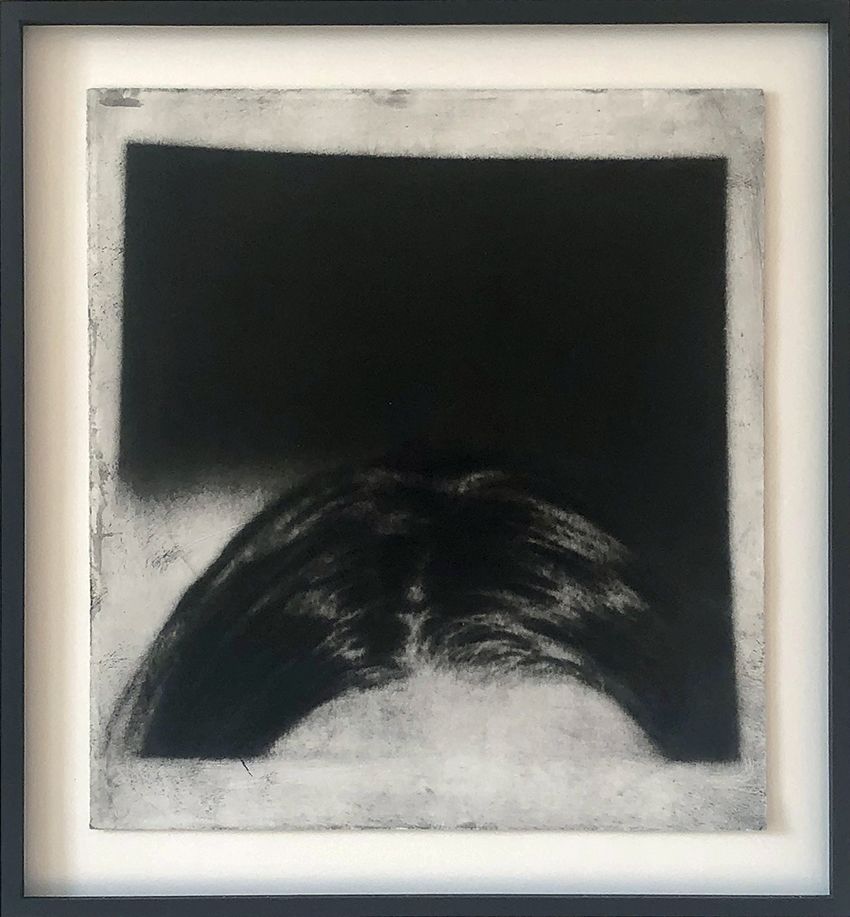 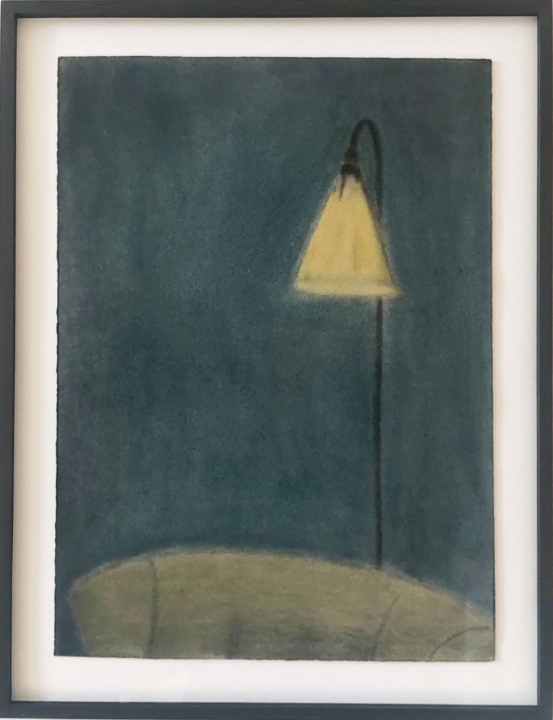 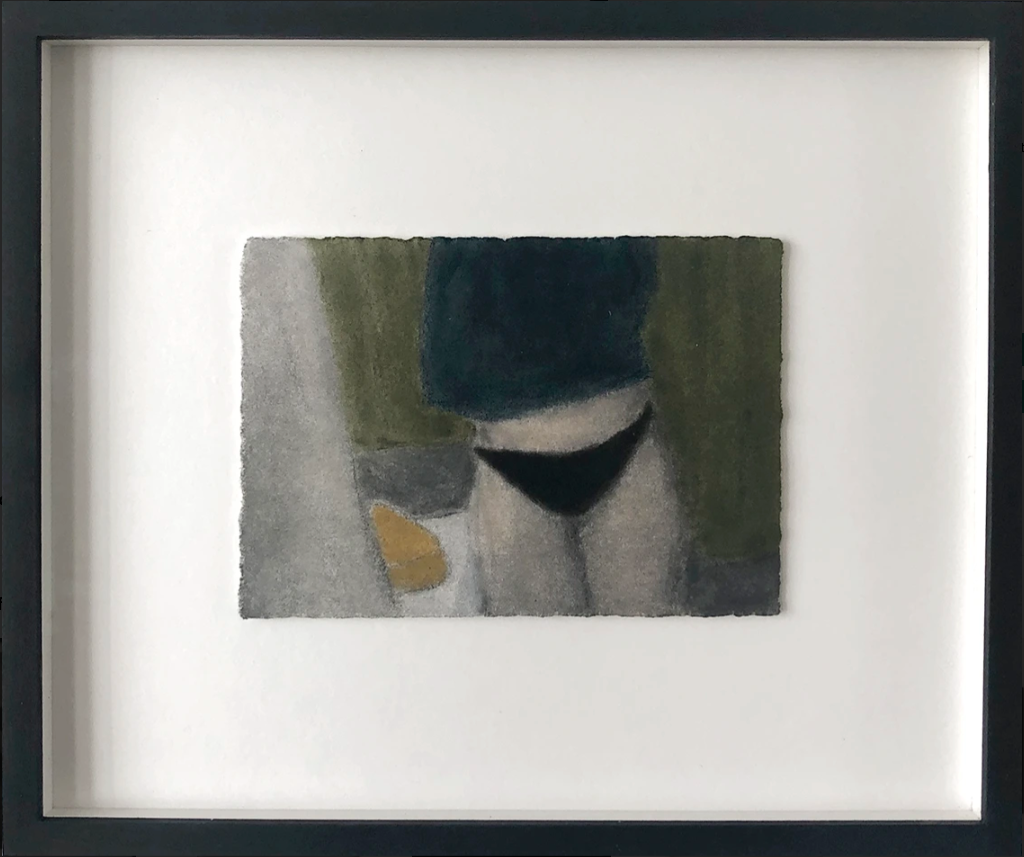